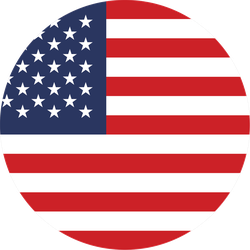 #THROWBACKTHURSDAY: Barcodes Made the First Real Mark on Manufacturing 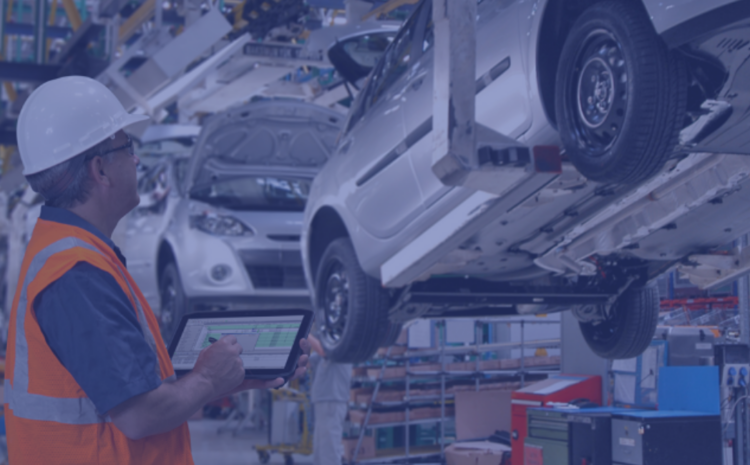 BUT AUTO MANUFACTURERS NOW SAY THAT RFID TAGS WILL MAKE THE BIGGEST MARK ON INDUSTRY 4.0 PROCESSES.

It seems like nearly every product on Earth these days has a ‘zebra’ barcode with a Universal Product Code (UPC) on it. Typically, the barcode is found on the packaging or tag of mass-produced goods. However, many finished products have multiple barcoded components within them, including vehicles, appliances, electronic devices and home goods. You’ll even find barcoded labels on some raw materials used to produce these goods as well as raw produce – save those items you might buy at a farmer’s market.

But things weren’t always this way.

When Zebra was incorporated in 1969 as Data Specialties Incorporated, the ‘zebra’ barcode was still somewhat of a unicorn.

In the 1950s, the black and white striped mark that’s now mandatory on nearly every item sold on the commercial or retail markets was barely a blip on manufacturers’ radar. And though you’ll find multiple barcodes on automotive components today, the only ‘cars’ that benefited from the barcode for the first couple of decades after its inception were railroad cars.

The first barcode reader was built and patented in 1952, yet it took another 17 years to install the first ‘true barcode system’ within an automotive factory – or anywhere.

Truth be told, the barcode wasn’t adopted by supply chain organizations at the speed that one might expect. Manufacturers were particularly slow to transition to barcode-based marking systems, even though they’re the ones aggressively advocating for even more advanced marking systems today. (More on that in a minute.)

It was actually retailers who really embraced barcodes early on and can be credited with the mass market adoption of the ‘zebra’ (which contributed to Zebra’s early success as a barcoding solution provider.)

Retailers and grocers were facing a problem that many supply chain organizations shared: the inability to easily monitor and manage their inventory levels. Suppliers had trouble tracking their shipments. Retailers found it challenging to account for inbound items. And trying to locate an item in the back stockroom was based on a ‘best-guess’ process of elimination in many cases. Customers had to wait far too long for associates to find items. (The checkout process was also taking far too long, retailers acknowledged.)

They needed an easy way to record the movement of inventory, whether from the supplier to the store, storage room to the shelf, or the shelf to a shopper’s cart (and checkout lane). And they needed it fast.

Once retailers caught wind of the barcode marking system proposed by Bernard Silver and Norman Joseph Woodland, they jumped on the opportunity to commercialize this brilliant idea. Although the original bullseye barcode styling was a little problematic, and there were some other hurdles to cross to scale barcoding solutions, it was clear that an automated identification and data capture (AIDC) system was the best way to track and trace inventory and even speed up the processing of goods from one supply chain touchpoint to the next.

So, innovation around AIDC and barcodes specifically ramped up within the industry and at Zebra.

The bullseye barcode was replaced with the now-standard Universal Product Code (UPC) barcode in 1972. And the first packaged item with a UPC barcode – a pack of Wrigley’s chewing gum – was scanned in a retail store in 1974.

But it still took another decade for barcoding systems to reach their inflection point, capture the attention of manufacturers and mature into the standardized supply chain solutions they are today.

The first barcode printer capable of mass-producing barcoded labels did not come onto the market until the early 1980s, so labeling applications were limited.

That being said, both retailers and their suppliers were starting to realize the true benefits of barcodes by the time Data Specialties’ first barcode printer – aptly named ‘The Zebra’ – was introduced in 1982.

However, this first printer could not print on demand, which is really what companies needed. Data Specialties recognized this and ended up changing its focus to specialty on-demand labeling systems that same year.

Four years later, Data Specialties officially changed its name to Zebra Technologies Corporation and rolled out its first thermal printer to facilitate on-demand printing. Manufacturers were more than ready, as being able to print barcode labels ‘on demand’ in bulk finally enabled them to improve the track, trace and overall management of both raw materials and finished goods.

EYE ON THE PRIZE – OR PRODUCT: THE THIRD INDUSTRIAL REVOLUTION MARKED THE BARCODE’S INFLECTION POINT IN MANUFACTURING

Much of the 20th century was spent trying to ‘connect’ the world through innovations in information technology. Manufacturing was no exception. The Third Industrial Revolution (also known as the Digital Age) was defined by the invention and widespread accessibility of the World Wide Web (WWW). However, the internet – while a great way to search for information – didn’t make it any easier for manufacturers or suppliers to search for assets within their four walls until barcoding solutions were in place to automatically capture and transmit that data via the internet.

It was the barcode, and the data captured by frequent barcode scans, that made the internet even more powerful and valuable by enabling manufacturers to keep a close eye on every part and finished product that came in and out of their factories and warehouses.

By the time the Third Industrial Revolution had started, companies such as Zebra had engineered high-performance barcode label printers and extended-range scanners that increased the efficiency of barcode labeling applications and improved the speed and accuracy of barcode data capture. So, with a single barcode scan, warehouse workers could document where they left every item in a manufacturer’s inventory. Then, using a centralized (internet-connected) information database, parts pickers could look up the precise location of items on their tickets in a matter of seconds and get them to the assembly line without delay. The barcode also enabled manufacturers’ warehouse workers to complete inventory counts faster and with greater accuracy, and it enabled factory workers to better document assembly, testing and quality assurance actions.

In fact, automotive manufacturers found barcode-based marking systems to be particularly beneficial in the 1990s, with the move to electronic Kanban systems.

A production line’s efficiency lies in its ability to lay out a standardized, step-by-step process for mass-producing a single vehicle model and then recreating that whole procedure as a series of workstations – with greater and greater use of machine assistance – each devoted to a single step. The barcode made it easier to manage this process by enhancing visibility into the location of parts and ultimately improving the speed and timing of parts picking and assembly actions.

FAST FORWARD TO INDUSTRY 4.0: AUTO MANUFACTURERS ARE LOOKING FOR A BETTER WAY TO SEE ALL THE MOVING PARTS – BEFORE, DURING AND AFTER PRODUCTION

In fact, as you’re reading this, hundreds of original equipment manufacturers (OEMs) in Europe are being asked by their customers – global automotive manufacturers – to start marking every part they produce with an RFID tag. The goal is to make it easier to track and account for parts as they move throughout the supply chain, along the production line and, later, onto roads around the world as part of the finished vehicle.

If you’re saying to yourself ‘that’s exactly what the barcode was built to do’ – you just told me that – then you would be right.

However, a barcode-based track and trace system requires a barcoded item to be within the line of sight of a scanner. And human interaction is required to complete a scan, either via the traditional ‘point and scan’ action you may associate with a handheld barcode scanner or via the ‘swipe and scan’ action used at a biotic scanner in a retail or grocery store checkout line.

Given the extreme speed at which manufacturers must now fulfill customer orders, and the extraordinary level of customization expected by consumers in nearly every product category today, manufacturers have no choice but to automate processes.

They have to find new ways to merge the physical and digital worlds to successfully accommodate these unprecedented customer demands without delay or disruption – and without draining resources.

The problem is that we haven’t quite figured out a way to automate barcode scans yet or eliminate the ‘line of sight’ requirement. And that is why manufacturers, and auto manufacturers in particular, are turning to RFID tags.

Unlike barcoded packaging or labels, multiple RFID tags can be seen and read at once by fixed scanners positioned several feet away, even if the tag is embedded in a product or affixed to a piece of metal. RFID tags can also provide far more intelligence about a part or finished product than a barcode, including installation instructions, item history, compatibility with other components or specificity to certain vehicle models. This benefit alone is highly valuable to auto manufacturers as they evolve from basic WWW-informed workflows to more intelligence-driven Internet of Things (IoT) applications to better manage Work in Process (WIP) inventory and achieve a Just in Time (JIT) manufacturing model amidst ‘mass diversification’ demands.

These are far from the only benefits of RFID, though.

Just know that RFID is the ‘marking’ system that is going to make the greatest mark on auto manufacturing in the near future.

A FINAL THOUGHT: MANUFACTURERS AREN’T ABANDONING BARCODING PROCESSES OF THE PAST. THEY’RE BUILDING UPON THEM.

The certainties and uniformity that worked in automotive factories back in 1910, or even 2010, have all but disappeared in 2019. But that doesn’t mean that past processes – and technologies – should be forgotten. Nor should they be abandoned.

It is just important that we understand how manufacturing processes were managed in the past in order to appreciate how far we’ve come – and where we must go from here to further evolve the production line.

The barcoding technologies that auto manufacturers embraced 30+ years ago were the foundation of the RFID tagging technologies now defining Industry 4.0 supply chain automation. Their decisions paved the way for today’s manufacturing efficiencies and tomorrow’s innovations. The mark that was left by adopting barcoding solutions has enabled manufacturers to answer consumers’ calls for greater customisation, faster fulfillment and improved quality in the ‘now’ economy. Their embrace of the barcode also helped to prove the business case for RFID. They just didn’t know it at the time.

In other words: RFID tags shouldn’t be seen as a replacement for barcodes. They are simply a complementary and timely solution to the new operational challenges that manufacturers are facing in the ‘now economy.’ They are the basis of digitalization in the Fourth Industrial Revolution: the ‘zebra’ UPC barcodes will continue to deliver targeted insights about that status of a single item or small set of goods, while RFID tags will expand asset intelligence, improve operational analytics and enable the automation of processes on a mass, factory-wide scale.

This blog post was provided by Zebra Technologies written by Jan Honza Flodrman.